Listed below are links to handouts which were given out to members at the May 14th Special Membership meeting.

CUPE VIEW ON OUR DISPUTE LEGAL on the state of Negotiations.   CUPE Pensions expert Mark Janson will be in attendance along with

our CUPE National Representative and our Negotiating Team.

If you work a night shift let your supervisor know you are attending. The Union will pay for your time away from work.  You MUST advise the union office by emailing cupe1975@sasktel.net or phoning 966-7015.  We will need the time you attended and your supervisor and department name.

Caretakers who are on night shift: you have been allowed time off from 4:30 to 6:00 pm. to attend the meeting. If you will attend the meeting you must sign the attendance sheet.  If your name does not appear on the sign in sheet you will not be paid for your time away form work.  You must also let your supervisor know that you will be attending.

If you have any questions in regard to this meeting please call the union office at 966-7015.

Please click on the link for CUPE’s response to Management’s mail out of April 29th to OUR members.

Listed in both PDF and word 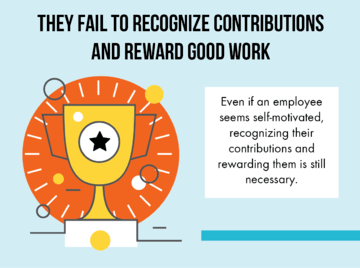 Q: Am I allowed to take bathroom breaks outside of my regularly scheduled break times?

The University of Saskatchewan continues to force Local 1975 needlessly towards job action.

Their latest proposal is a further step backwards. They have withdrawn their pension proposal and let us know that – instead of bargaining changes – they plan to make unilateral changes to your pension plan without any input from the union.  We are concerned they plan to convert the defined benefit plan to an inferior defined contribution plan in the near future.

They have withdrawn their revised compensation model proposal and are still offering 0-0-0-2-2, with a $3000 signing bonus.  The proposed signing bonus is not available for FAPA students, casuals, and recurring relief and is pro-rated based on FTE.  A 3-year wage freeze means a loss of tens of thousands of dollars in wages over a career of work for an average CUPE member. Members who are at the top of their phase, will not get a wage increase at all for the term of this Collective Agreement.

Your bargaining committee wants to reiterate that our pension plan is the cheapest pension plan per employee on campus, and costs less than 1 percent of the operating costs of the University.

We firmly believe that our members deserve a say in their retirement security, deserve a secure pension after a career of work, and that all changes to the pension plan should be negotiated at the bargaining table.

CUPE has spent much of the last month in essential services hearings, at the University’s insistence. At these hearings, the University has been making the case that the work our members do is so essential, that they should be deprived of their Charter rights to take job action. This latest step backwards at the bargaining table proves once again that despite arguing that our members are essential in their eyes, we are clearly not valued or respected.

The CUPE1975 and University negotiating teams will return to the bargaining table on the afternoon of Thursday, April 18th.  Our bargaining team will be receiving a revised offer of which will be reviewed at that time.  Updates will be posted as they become available.

The CUPE1975 and University negotiating teams will return to the bargaining table on the afternoon of April 18th.  Our bargaining team will be receiving a revised offer of which will be reviewed at that time.  Updates will be posted as they become available.

Come speak with your negotiating team and receive a free Tim’s coffee card.  Negotiators Jeff Theis and Ryan Klassen will be available to answer your questions.